Well I can celebrate the end of winter today with my 64th Birthday. Not that we’ve had a winter this year! There has not been a single air frost in January or February and not one flake of snow has fallen in the whole three months. This record breaking winter has been notable for its rain which started on December 12th and continued almost unbroken till the middle of February causing major lowland flooding in Western parts of the UK and with high tides and storm conditions a good deal of coastal flooding and damage. It has also had the knock on effect of the more unusual birds of recent years like Waxwings and Short Eared Owls staying in Scandinavia. This is because it has been extremely mild there as well with little snow cover so there is no shortage of food supplies. In additon the abundance of berries and even insects in the countryside and no frozen ground has meant that birds have had less need to come to the garden. So I built a feeding station in my local Nature Reserve and have been able to get some pictures of birds there!

This entry was posted on March 1, 2014 by orioleweather. It was filed under Uncategorized . 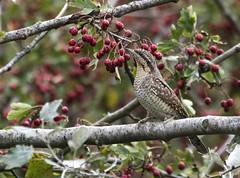 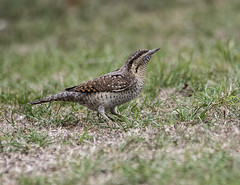 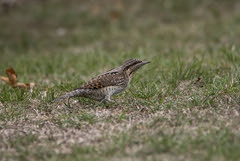 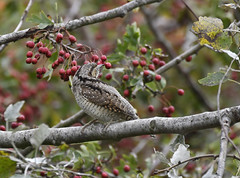